ACEs > What are ACEs

Adverse Childhood Experiences, (ACEs) are stressful or traumatic experiences that can have a huge impact on children and young people throughout their lives.

The ten widely recognised (ACEs), as identified in a US study from the 1990s, are: 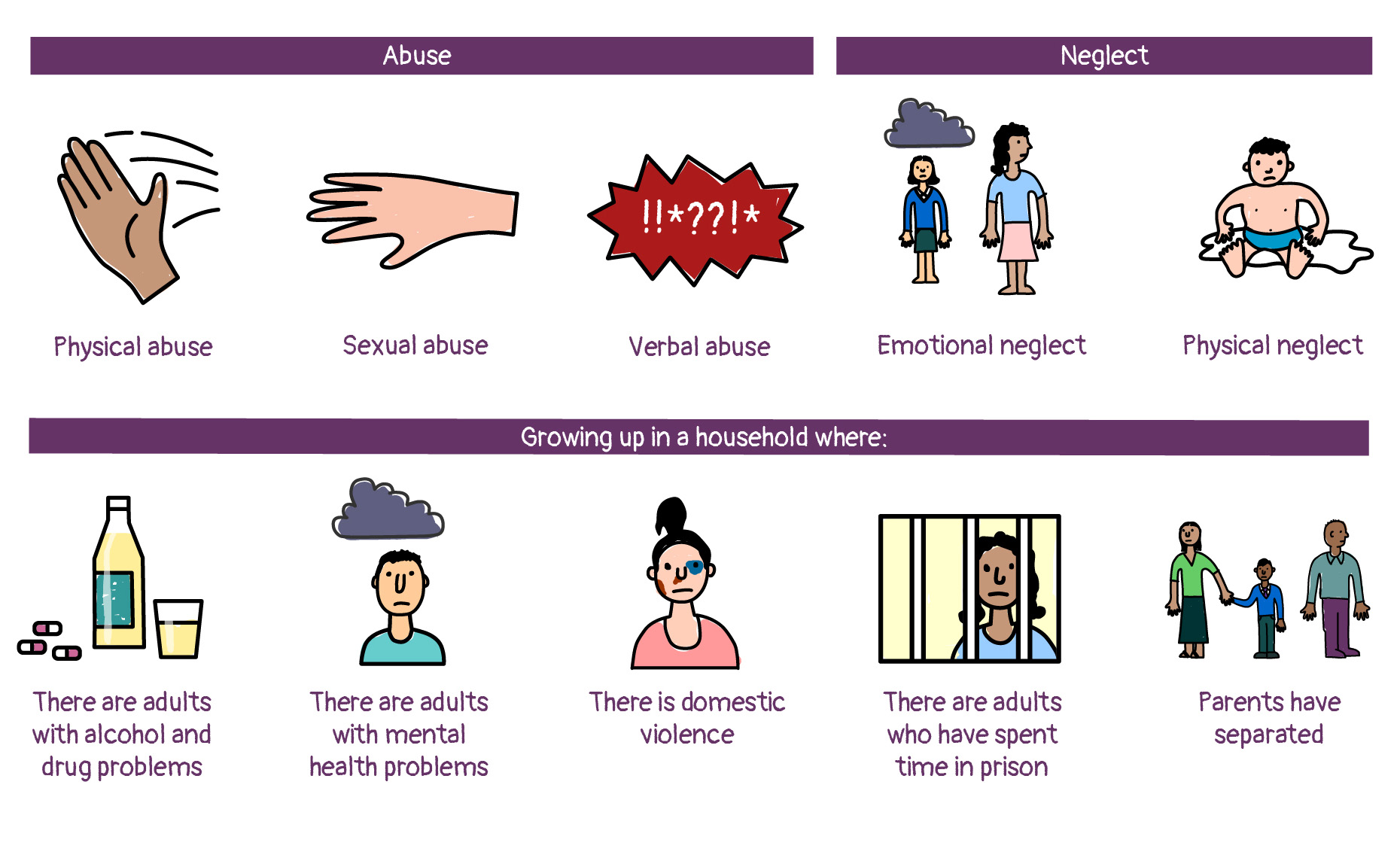 As well as these 10 ACEs there is a range of other types of childhood adversity that can have similar negative long-term effects. These include bereavement, bullying, poverty and community adversities such as living in a deprived area, neighbourhood violence etc.

Why do ACEs matter?

Adversity in childhood can create harmful levels of stress which impact healthy brain development. This can result in long-term effects on learning, behaviour and health.

ACEs have been found to be associated with a range of poorer health and social outcomes in adulthood and that these risks increase as the number of ACEs increase.

How common are ACEs? 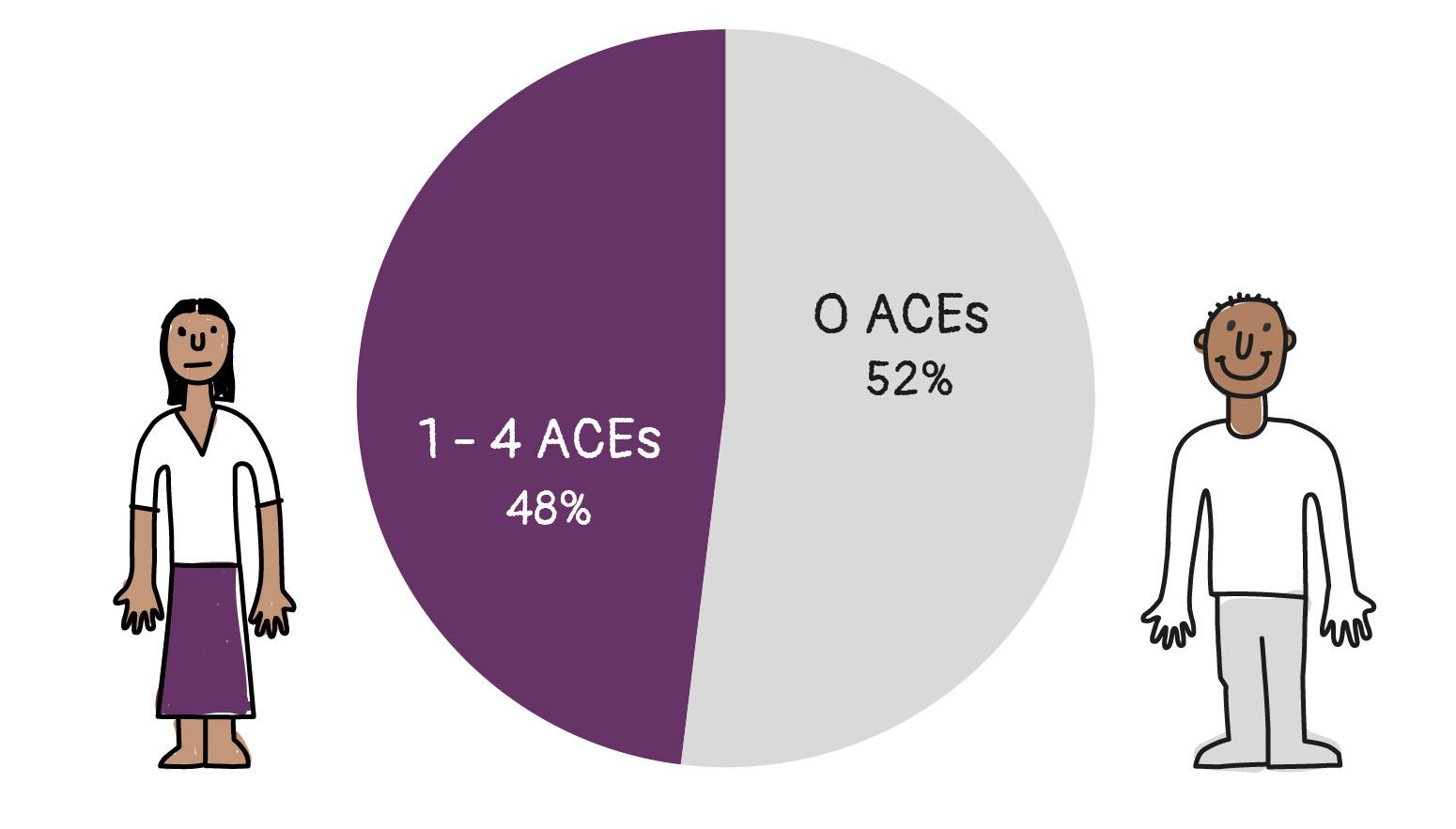 ACEs can have a lasting effect on 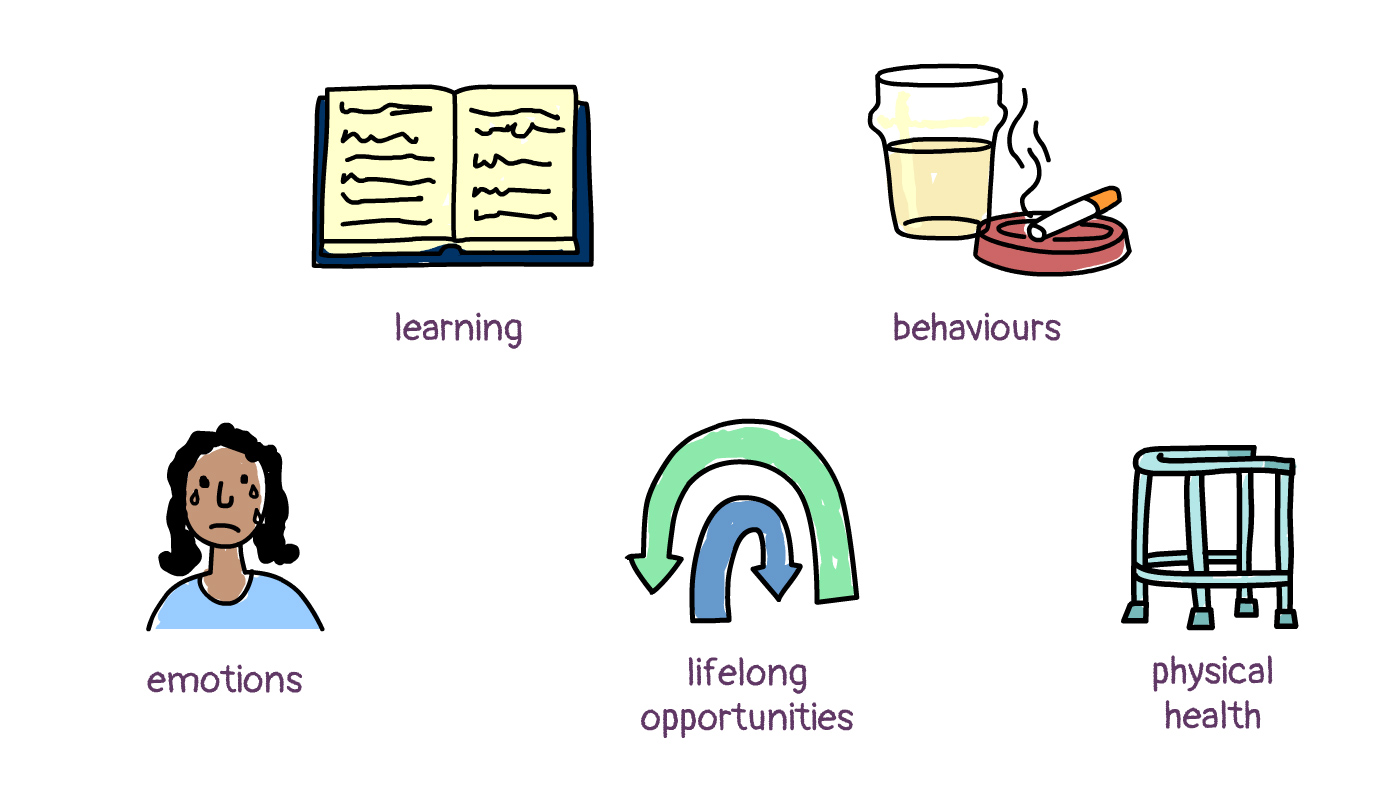 The mechanism by which Adverse Childhood Experiences influence health and well-being throughout the lifespan. 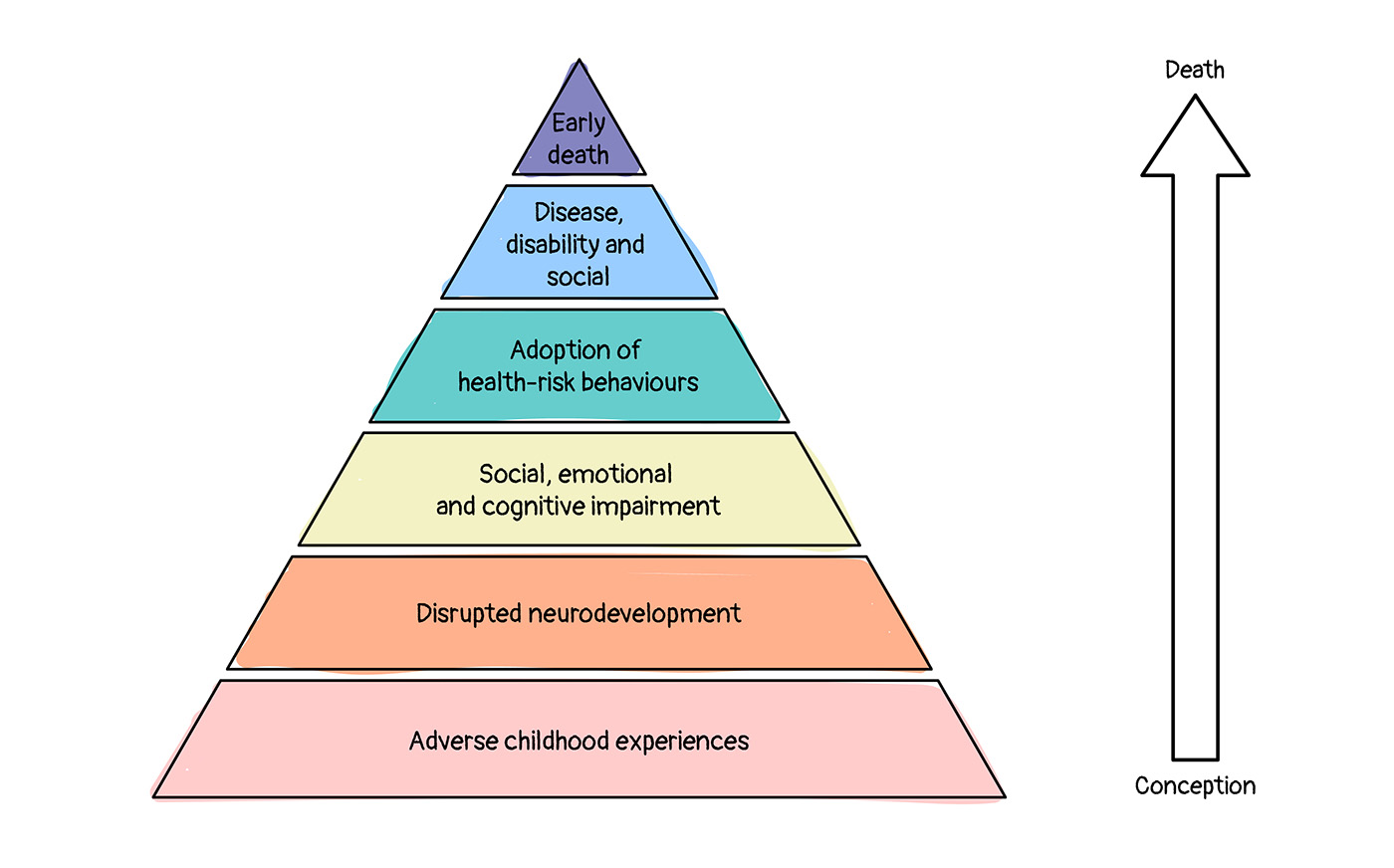